By pursuing your navigation on our site, you accept the installation and the use of cookies on your post, especially for promotional and / or advertising purposes, or to carry out statistics of visits in accordance with our policy of protection of your private life. 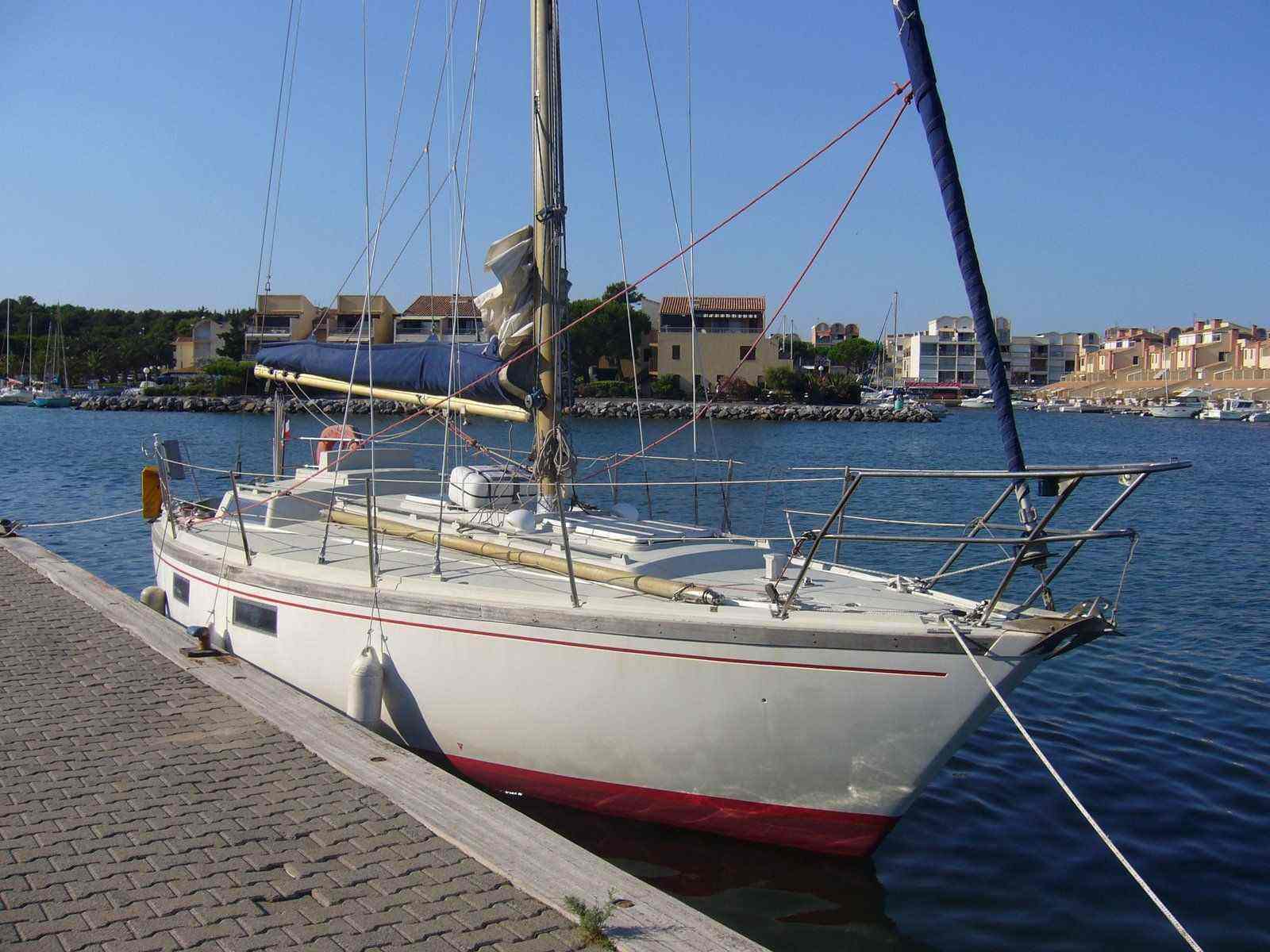 For a long time I had dreamed of having a boat of my own, and except that the name I would wear really appealed to me, I was easily considering renaming it, as is the case for many boats, as in the example Belem or these racing boats that are the 60 'IMOCA, changing names with each change of skipper or sponsor; you just have to take the precaution of cutting its wake (perform a 360 °) before making the first navigation with the new name (old sailor superstition).

But I also knew that his name should have two essential links to me, in relation to two important themes in my life and my story: literature and the Celts.

Literature because I am a passionate reader and lover of books and words. And as such my greatest reading moments were given to me by writers who were also sailors: Conrad, Melleville, Loti, Allan-Poe and many others, but also by fabulous sailors who were also wonderful writers : Moitessier, Monfreid, Merrien, to name only them. Then it was necessary that the name of my boat had a relation with the writing, that it carried like a hidden sign, a wink, the idea of ​​the writing and the word, the speech and the narrative.

Celtic vase Moreover, I also wanted it to evoke powerfully another area of ​​predilection for me: the Celts and Celticism.

Very young, I discovered Brittany, and I fell in love with it: the sea, the coast, the language and the boats, which are the soul, the body, the spirit and the art.

Later, the Celtic world fascinated me: the legends, the fabulous stories, the korrigans running on the moor, the warring heroes, Arthur and the Round Table, the adventures and the initiatory voyages. The Celtic has always been curious, courageous and creative, which led him away from home to explore the world, to colonize it, and to carry its culture. And what culture! The ancient spirituality, the art, the commerce, the inventiveness of the Celts, spread to a large part of the Western and Mediterranean world of Antiquity. From the jewels of the Princess of Vix to the alignments of Carnac, the Celts have left breathtaking testimonials to the following generations, and today still immense mysteries, starting with their language that knows almost no writing.

The Celts were at the origin, the source, of my mental construction, of my reflection on man and life; they were the founders of my thought, they nourished endlessly my imagination and my knowledge of the world. Then it was necessary that the name of my boat bore in him the sign, the mysterious ogam, the symbol interwoven with the mystical evocations and the immemorial legends of which the Celts left us the inheritance.

In April 2008, I found "the boat" I dreamed of, a beautiful Dufour 35 from 1973, and I decided to call it Argol: first because it is a direct reference to the famous novel by Julien Gracq (late Louis Poirier), who made his fame in the heart of Surrealism, which was like a pure extract of writing, the "Quinta Essentia" of the spirit springing from the deep sources of language and thought: " The castle of Argol ". So much for the relationship with literature.

However, there was never a castle in Argol, but the village still exists: it is this little corner of Brittany at the extreme tip of the Western Land, at the end of the Pointe du Van, the The place from which Dahut, the daughter of King Gradlon, in legend, was swept away by the furious waves during the engulfing of the city of Ys. The story is a wonderful tale whose reading enchants the reader and transports him to the heart of Celtic mythology. So much for the link with the Celts.

And then too, Argol, in ancient Celtic, means "in danger of perishing". What, for a boat, is an indestructible truth, so much is it obvious and meaningful that when a boat sails, it is immediately in danger of perishing, and its crew with, who knows it and never must forget, but always have it in mind to constantly anticipate; the talisman of the sailor, because not to anticipate is already to moan.

Finally, Argol, in international language, is short, it sounds good and it is spelled "alpha, roméo, gulf, oscar, lima"; simple to announce in a port.

I hope I have chosen well and that my ship will proudly carry this name, by spinning the knots, tracing its course in the wave and the foam, lashing in the wind towards new stops to come.

A man can define himself as an identity (a name), a story (the words to tell it) and a project (what distinguishes him from all animals) a boat, it's the same, and the common project of the man and his boat is to sail together. So good wind Argol.